The Fachen or Fachan is figure #114, from the Series 4 Super Scary range produced in 1994. He is a 60 point monster who is, incorrectly, portrayed as some kind of humnaoid insect.

Also known as Peg Leg Jack, Fachin and Direach Ghlinn Eitidh, the Dwarf of Glen Etive, the Fachan (Fah-kahn) is an Irish-Scottish air element faery born of the Highlands, with an extremely volitile temperament. Unlike the figure he has human attributes though he is not typically human in appearance. He possess half a body, just one eye, one arm, one leg, and so on, all centered down the middle of his hairy and feathered body. The Fachan's feathers form a wild mane of black tufted at the top of his head and his mouth is obscenely wide and gaping when it opens. He has such a frightful visage that the very sight of him can induce heart attacks!

The Fachan is said to hold within his single, withered arm, a weapon. Either a spiked club or a chain, he can clear a whole orchard in a single night and will readily swing it about him as he chases people down from his Highland mountains.

In a story written by John Francis Campbell the Fachan is described....

"Ugly was the make of the Fachin; there was one hand out of the ridge of his chest, and one tuft out of the top of his head, it were easier to take a mountain from the root than to bend that tuft."

The tale, written in Popular Tales of the West Highlands, tells of a Fachan by the name of Nesnas Mhiccallain being defeated in a race by the Irish hero Murachadh Mac Brian. Through this deed he subsequently becomes the king of Ireland.

The lore of this solitary faery, the Fachan, says that he is madly jealous of the gift of flight and those who have it. He spends all his time brooding on it, bitter that he does not possess it, bitter at such a oversight by the deities! He hates all living things, not just those who fly, and will not tolerate them in his lands. Thus he is rather a lonely figure though it is doubtful that this bothers him.

Ireland; his habit is to track and torment people who travel after dark. 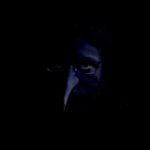